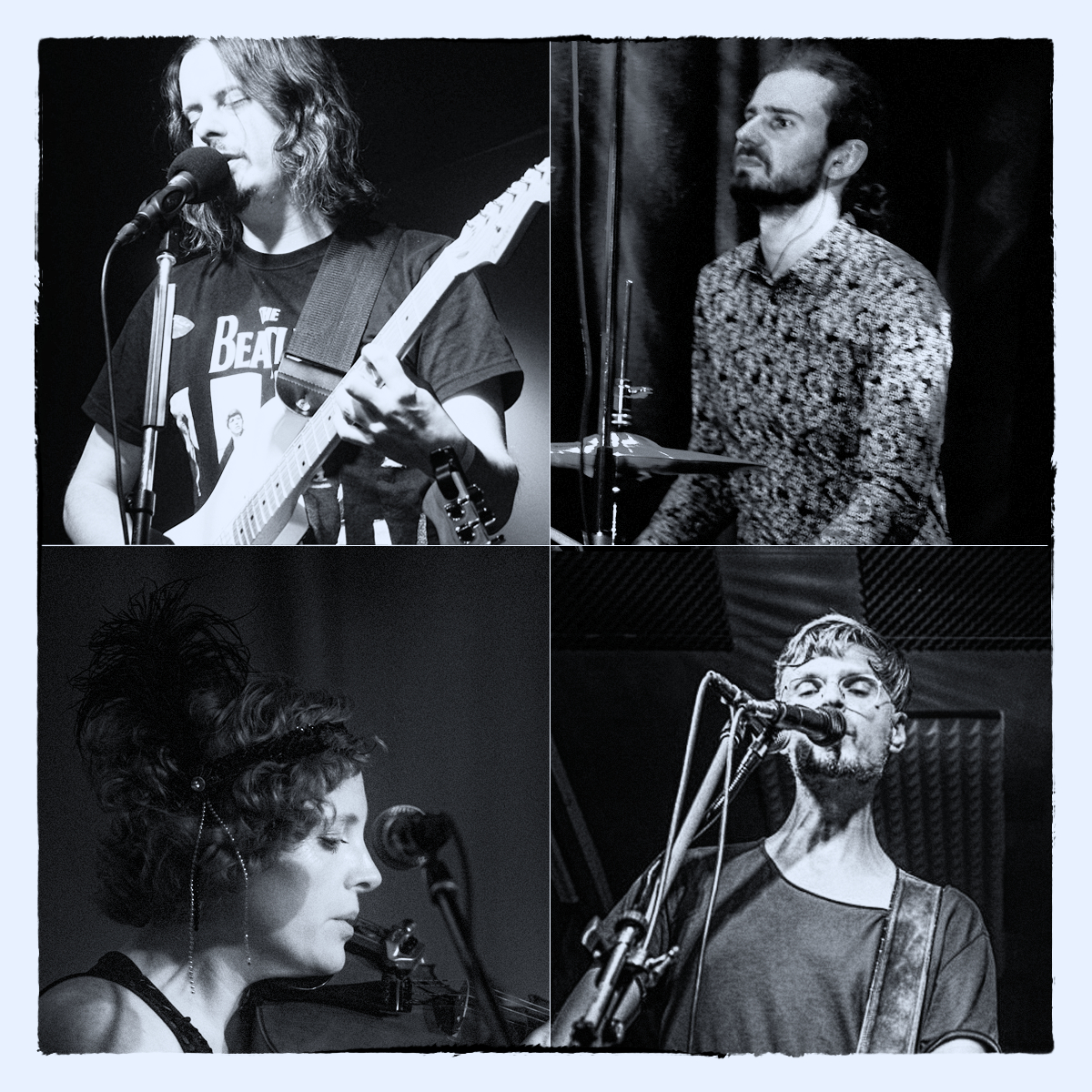 The musical journey of The Halo Trees began sometime around the year 2016 in Berlin. Songwriter, guitarist and singer Sascha Blach – a creative shapeshifter who had already gone through different musical worlds – could not help but follow this new path into the unknown. The vision: deep and melancholic music with plenty of room for the voice and handmade instrumentation. A comforting sound universe, inspired by David Bowie, Editors, Mark Lanegan, The National or Nick Cave. A mixture of indie-rock, pop, wave and post-rock with many tom-toms, melodic basslines, atmospheric guitars, catchy violin and sonorous, warm vocals. But it was a long and winding road. Sascha spent hundreds of hours in his studio trying to find the sound of The Halo Trees. Countless songs were written and discarded, sometimes more than twenty mix versions per song were created, until it felt right. On the one hand, the great vision and the will to realize The Halo Trees, on the other hand self-doubt whether the result is good enough. Euphoric moments, followed by weekends full of frustration. Listening sessions with friends. Trial and error. Years passed. But idealism remained. In 2018, the EP „Time And Tide Wait For No Man“ appeared to let the public listen to the first steps. In the meantime musicians came and went until Kathrin Bierhalter (violin, guitar, vocals), Serdar Uludag (bass) and Stefan Helwig (drums) finally formed a suitable band with Sascha, that releases the debut album „Antennas To The Sky“ these days. It is an honest and personal album and a distillate of the last three years. „If it’s good, let others decide. I can not judge that after such a long time, „says Sascha Blach. „Fact is: I had to make this album, had to make this band. And I am so happy that I finally am able to release these songs.“

What makes The Halo Trees authentic beside the music is that they are a real Do It Yourself band. „Antennas To The Sky“ was produced in the band’s own Winter Solitude studio in Berlin, all video clips were shot without external help, the artwork was also created single-handedly and the album is released on their own label Winter Solitude Productions. And „Antennas To The Sky“ is only the beginning. „I feel like more and can imagine making The Halo Trees long-term into old age. There are also countless new tracks,“ says Sascha, who notes: „By the way, meanwhile it’s very easy for me to write this kind of music.“ Thus another such difficult birth should not happen again in the future.

Two years after the critically acclaimed debut album “Antennas To The Sky”, The Halo Trees releases their second long player, “Summergloom”. The dark and melancholic indie rock of the collective founded in 2016 has been further developed and now has a slightly more progressive touch. While on the one hand the emphasis is still on catchy melodies, now more challenging harmonic constructions and some rhythmic oddities add complexity. Even after listening to it several times, you can still discover new things. In addition, there is the more complex production, which was completed again under the care of singer/guitarist Sascha Blach in his own Winter Solitude studio and which brought many small details into the 14 songs. From acoustic elements to  increasingly electronic influences to epic sound clusters with a post-rock touch, the pieces cover a broad dynamic spectrum. However, it is primarily the deep, warm vocals, the interlocking soundscapes of guitars, synths, violin and bass, and the drumming, which is heavily dominated by toms, that are the
defining elements. In short: A rock sound with a lot of depth, feeling and melancholy.

Lyrically, the songs cover a wide range of topics. If there is a subtle thread, then these are reflections of being human in the midst of an increasingly technological, self-alienated and depersonalized society, which can be heard in pieces like “Invisible”, “Algorithm” or “Hologram”. But also subjects such as mortality (“This House Of Sadness”), tendencies towards division (“Cardboard Cities”) or poverty and homelessness (“Marihuana Kid”) are touched upon. Everything is framed in a summery panorama of longing – that tempting “Summergloom”. Between the lines one often reads the fantasy of simply stepping out of an increasingly complex world and to follow the „Wanderlust“. A metaphysical image with symbolic character, because the music of the album – despite the critical lyrics – promotes escapism in one’s own head.

As with the predecessor, everything was again created in a DIY manner. In addition to the production, The Halo Trees also create their own videos and artworks and release the albums on the band’s own label. Thus, „Summergloom“ is a headphone album with a lot of attention to detail, which is also extremely authentic.